I recently attended a conference in Mumbai, India on criminal procedure hosted by the eminent British Judge Malcolm Simmons

Judgecraft is the art of judging. It encompasses everything that you will not find in a book on law, evidence or procedure. Judgecraft is about how judges do their job and fair treatment and equality are at the heart of it.

A judge must free himself of prejudice and partiality and so conduct himself, in court and out of it, as to give no ground for doubting his ability and willingness to decide cases coming before him solely on their legal and factual merits, as they appear to him in the exercise of an objective, independent and impartial judgement.

Effective communication is key to the entire legal process: ensuring that everyone involved understands and is understood.

Understanding means understanding the evidence, the materials, the meaning of questions and the answers to them.

It is possible to test understanding by asking a supplementary question or reiterating what you understand the position to be and asking if the party or witness agrees.

Unrepresented defendants may not have the courage to test the understanding of others or to admit that they do not fully understand a point.

People perceive the words and behaviour of others in terms of the cultural conventions with which they are most familiar; our outlook is based on our own knowledge and experience and this may lead to misinterpretation or a failure to understand those who are different or have different perspectives from us.

Effective communication requires an awareness of ‘where a person is coming from’ in terms of background, culture and special needs, and of the potential impact of those factors on the person’s participation in the proceedings; it applies to witnesses, advocates, members of the court or tribunal staff and even members of the public who intervene when they should not.

Try to put yourself in the position of those appearing before you; an appearance before a court is a daunting and unnerving experience; as a result parties and witnesses may appear belligerent, hostile, rude, confused or emotional; a likely result is that they will not give a good account of themselves and the court or tribunal should put them at their ease to enable them to do so; the more information and advice that is available before the hearing, the easier this will be to achieve.

Many participants are concerned about how to address the judge; others worry about where they should sit and whether they should sit or stand; these concerns add to their likely anxiety and can be dispelled by a helpful introduction and a tactful explanation.

Lay people do not understand legal jargon and technical terms (“disclosure”, “submission”, “leading question”), so keep language as simple as possible and give clear explanations where required.

Inappropriate language or behaviour is likely to result in the perception of unfairness (even where there is none), loss of authority, loss of confidence in the system and the giving of offence.

A thoughtless comment, throw away remark, unwise joke or even a facial expression may confirm or create an impression of prejudice; it is how others interpret your words or actions that matters, particularly in a situation where they will be acutely sensitive to both.

Fair treatment does not mean treating everyone in the same way: it means treating people equally in comparable situations. For example, an unrepresented defendant with little understanding of law and procedure is not in a comparable situation to an experience lawyer. It is substantive equality that counts.

When parties do not get what they would like or expect, it is particularly important that they feel they were fairly treated, fully heard and fully understood.

People who have difficulty coping with the language or procedures of the court or tribunal, and are perhaps less engaged as a result, are entitled to justice in the same way as those who know how to use the legal system to their advantage; any disadvantage that a person faces in society should not be reinforced by the legal system.

Judicial office‐holders should be able to identify a situation in which a person may be at a disadvantage owing to some personal attribute of no direct relevance to the proceedings, and take steps to remedy the disadvantage without prejudicing another party.

The sooner the disadvantage is identified, the easier it is to remedy it; where possible, ensure that information is obtained in advance of a hearing about any disability or medical or other circumstance affecting a person so that individual needs can be accommodated; for example, access to interpreters, signers, large print, audiotape, oath‐taking in accordance with different belief systems (including non‐religious systems), more frequent breaks and special measures for vulnerable witnesses can and should be considered.

Unrepresented defendants should not be seen as an unwelcome problem for the court; you may not be able to assist them with their case but you can ensure they have every reasonable opportunity to present it.

The disadvantage to defendants from poor representation is a challenging issue; consider how the representative can be managed to assist them to represent their client effectively.

People who are socially and economically disadvantaged may well assume that they will also be at a disadvantage when they appear in a court.

Those at a particular disadvantage may include people from minority ethnic communities, those from minority faith communities, those who do not speak or understand the language of the court, individuals with disabilities (physical, mental or sensory), women, children, older people, those whose sexual orientation is not heterosexual, trans‐gender people, those who have been trafficked and those who through poverty or any other reason are socially or economically marginalised.

It is for judicial office‐holders to ensure that all these can participate fully in the proceedings; you can display an understanding of difference and difficulties with a well‐timed and sensitive intervention where appropriate.

Recognising and eliminating prejudices, including your own prejudices, is essential to prevent wrong decisions and to prevent erroneous assumptions being made about the credibility or actions of those with backgrounds different from our own.

Unconscious prejudice – demonstrating prejudice without realising it – is more difficult to tackle and may be the result of ignorance or lack of awareness.

Ignorance of the cultures, beliefs and disadvantages of others encourages prejudice; it is for judicial office‐holders to ensure that they are properly informed and aware of such matters, both in general and where the need arises in a specific case.

Stereotypes are simplistic mental short cuts that are often grossly inaccurate, generate misleading perceptions and can cause you to make a mistake. 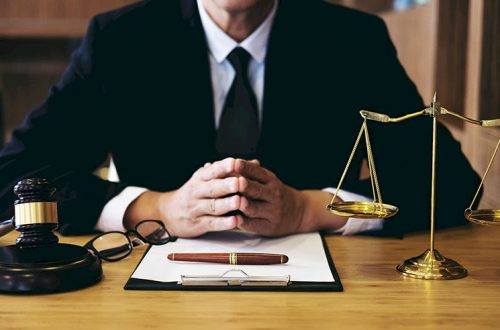